Welcome! Here’s where you’ll find fascinating discussions with biographers from around the country and the world.

If  you get your podcasts via iTunes, you can also subscribe here.

If you are a member of BIO and would like to talk about your recently released biography, please contact: tbush@gradcenter.cuny.edu

This week we interview veteran Pulitzer Prize winning investigative journalist and writer, Daniel de Visé. Exploring the life and times of a legendary guitarist and singer, his latest biography, King of the Blues, The Rise and Reign of B.B. King, was published by Grove Press in October 2021. De Visé’s previous books include biographies of actors Andy Griffin and Don Knotts (Andy & Don, Simon & Schuster), as well as professional cyclist… Read More »

In this week’s episode, we interview David Hajdu and John Carey, collaborators on a biography in graphic form about three vaudeville stars. A Revolution in Three Acts: The Radical Vaudeville of Bert Williams, Eva Tanguay and Julian Eltinge was published Columbia University Press in September 2021. David Hajdu is a biographer, cultural historian, novelist, and songwriter. His previous biographies include Lush Life, Positively 4th Street and Adrianne Geffel, and he teaches at the… Read More »

In this week’s episode we interview Ty Seidule, author of Robert E. Lee and Me: A Southerner’s Reckoning with the Myth of the Lost Cause, published by St. Martin’s Press in January 2021. Seidule served in the U.S. Army for thirty-six years, retiring as a brigadier general in 2020. Also, he is a Professor Emeritus of History at West Point, where he taught for two decades. Seidule is a New America Fellow, as well… Read More » 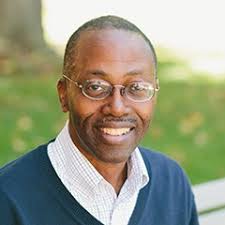 In this week’s episode, we interview Kevin McGruder, Associate Professor of history at Antioch College in Yellow Springs, Ohio. He is a first-time biographer and author of Philip Payton: The Father of Black Harlem, published by Columbia University Press in July 2021. During the 1990s, Kevin McGruder served as the director of real estate development for the Abyssinian Development Corporation, a nonprofit church-based organization in Harlem, and he wrote a book about race and… Read More »

In this week’s episode, we interview journalist Molly Ball, author of The New York Times bestseller Pelosi, a biography of the first woman to serve as the U.S. Congress’ Speaker of the House. Pelosi was published in May 2020 by Henry Holt. Molly Ball is Time magazine’s national political correspondent and a frequent television and radio commentator. She has received numerous awards for her political coverage, including the Dirksen Award for Distinguished Reporting of… Read More »

In this week’s episode we interview Gretchen Holbrook Gerzina, Professor of Biography and English at the University of Massachusetts at Amherst. Working with 19 other authors, her book of edited biographies, Britain’s Black Past, was published by Liverpool University Press in March 2020.  She also has published nine other books, including Carrington: A Life; Black London: Life Before Emancipation; Frances Hodgson Burnett: The Unexpected Life of the Author of The Secret Garden; and Mr. and … Read More »

In this week’s episode, we interview Tamara Payne. Working with her late father, the  award-winning and New York-based print journalist Les Payne, Tamara Payne co-wrote The Dead Are Arising: The Life of Malcolm X. Published in October 2020 by Liveright, this biography of the charismatic and controversial Muslim leader known as Malcolm X earned a Pulitzer Prize and a National Book Award. Tamara Payne was interviewed in her home in New York City on… Read More »

In this week’s episode, we interview Dinyar Patel, history professor at the S. B. Jain Institute of Management and Research in Mumbai, India, and the author of Naoroji: Pioneer of Indian Nationalism, published in May 2020 by Harvard University Press. Dinyar Patel was interviewed in his Mumbai home on July 15, 2021, via Zoom by writer and BIO member Sonja Williams. … Read More »

Annette Gordon-Reed is the Carl M. Loeb University Professor at Harvard University. She also is the author of several acclaimed books, including The Hemingses of Monticello: An American Family, winner of the Pulitzer Prize, the National Book Award for Nonfiction, and the Anisfield-Wolf Nonfiction Book Award. Gordon-Reed lives in New York and Cambridge, and her latest book, On Juneteenth, was published by Liveright in May 2021.   … Read More »

In this week’s episode, we interview Stephen Budiansky, a veteran historian, biographer, and journalist who has published 15 books, including his current biography, Journey to the Edge of Reason: The Life of Kurt Gödel, published by W.W. Norton & Company in May 2021. His writing also has appeared in The Atlantic, The New York Times, The Wall Street Journal, and The Washington Post, and he is a Guggenheim Fellow. Budiansky was… Read More »