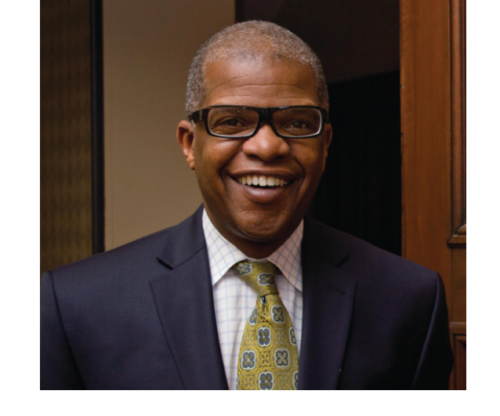 “Diggs’s illustrious career was marred by personal troubles that eventually ruined him,” Orr says of the subject of his biography, The House of Diggs: The Untold Story of Congressman Charles C. Diggs, Jr.’s Activist Leadership: From Emmett Till to Anti-Apartheid and the Scandal that Nearly Erased a Social Justice Legacy. The book, which is to be the subject’s first full-length biography, is under contract with University of North Carolina Press. “I have roughly two or three more chapters to write,” Orr says, as he continues to plumb “Diggs’s rarely seen personal papers, original interviews with family members and political associates, FBI documents, and documents gathered from U.S. presidential libraries.”

Marion Orr is the inaugural Frederick Lippitt Professor of Public Policy and Professor of Political Science at Brown University, where he once served as director of the Taubman Center for Public Policy (2008–2014). This will be his first biography; his previous books include Black Social Capital: The Politics of School Reform in Baltimore (University Press of Kansas, 1999), which won the Policy Studies Organization’s Aaron Wildavsky Award for the best policy studies book, and the coauthored book, The Color of School Reform: Race, Politics, and the Challenge of Urban Education (Princeton University Press, 1999), which won the American Political Science Association’s award for the best book published on urban politics.

The Frances Rollin Fellowship awards $2,000 to an author working on a biographical work about an African American figure (or figures) whose story provides a significant contribution to our understanding of the Black experience. This fellowship also includes a year’s membership in BIO, registration to the annual BIO Conference, and publicity through BIO’s marketing channels. The fellowship advances BIO’s commitment to remediate the disproportionate reflection of Black lives and voices in published biography, and to encouraging diversity in the field.

The fellowship commemorates 19th-century author and activist Frances Anne Rollin Whipper—who wrote under her nickname-turned-pen name “Frank A. Rollin”—whose 1868 biography, Life and Public Services of Martin R. Delany, about a Black abolitionist journalist, physician, and Union Army officer, positioned her among the first recorded African American biographers. The Black press particularly underscored the significance of her precedent and called for more biographies of African Americans, a call which this fellowship, in her honor, seeks to carry on.

Orr is the second recipient of the Frances Rollin Fellowship, which was established in 2021. He will receive the award during the 2022 BIO Conference on Saturday, May 14.