Gems to be Found on 2014 Spring List of Biographies 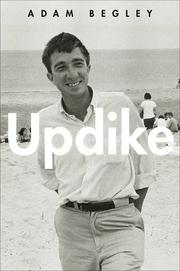 Begley was the books editor at the New York Observer before starting his Updike biography.

The 2014 spring list of forthcoming biographies is not as robust as that of previous spring seasons. Yet there are plenty of works that will attract attention and readers.

As usual, BIO is posting a complete list of the works on its website and, as in the past, the list will be continually updated as we learn about forthcoming books that we may have missed. Here, however, are some from the list bound to attract considerable notice:

A literary figure’s life is expected to garner the bulk of biographical attention this spring when Harper publishes the long-awaited biography of writer John Updike by Adam Begley in April. Simply called Updike, the book is the first biography of the late writer to cover his entire life.

Among other books this spring that focus on literary lives are The Extraordinary Life of Rebecca West: A Biography by Lona Gibb, which Counterpoint will publish in May, Maeve Binchy: The Biography by Piers Dudgeon, coming from Thomas Dunne in July, and The Bohemians: Mark Twain and the San Francisco Writers Who Reinvented American Literature by Ben Tarnoff, a March book from Penguin.

Franklin Delano Roosevelt as war leader will be the subject of two works this spring. First out will be No End Save Victory: How FDR Led the Nation Into War by David Kaiser from Basic Books. Nigel Hamilton, former BIO President, will offer the first of what is expected to be a two-volume look at FDR at war. His Mantle of Command: FDR at War, 1941-1942 will be published by Houghton Mifflin in May.

Pulitzer-Prize winning biographer Kai Bird will be out with his The Good Spy: The Life and Death of Robert Ames, which Crown will publish in late May.

Washington writer Mark Perry will publish his take on one of the twentieth century’s most controversial military leaders. His The Most Dangerous Man in America: The Making of Douglas MacArthur will be in stores in April from Basic Books. 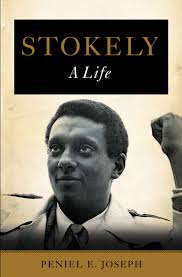 Stokely, Peniel E. Joseph’s biography of civil rights leader Stokely Carmichael, will be published by Basic Book in March. Joseph was a Compleat Biographer panelist in 2013 and is previously the author of Dark Days, Bright Nights: From Black Power to Barack Obama.

Those who have wondered how a mausoleum-like building on Capitol Hill in Washington came to house one of the world’s great depositories of William Shakespeare’s works will find their answer in Collecting Shakespeare: The Story of Henry and Emily Folger by Stephen Grant that Johns Hopkins University Press will bring out in March. The same month Thomas Dunne will publish Joan Barthel’s American Saint: The Life of Elizabeth Seton.

Conservative columnist, occasional candidate for president, and former Nixon aide Pat Buchanan will be out and about with a new look at his former boss. His The Greatest Comeback: How Richard Nixon Rose from the Dead to Create America’s New Majority will be out from Crown in July.

Sports fans are likely to grab copies of Michael Jordan by Roland Lazenby when Little, Brown and Company brings out the title in May. And watchers of another kind of court will be on the lookout for Scalia: A Court of One by Bruce Allen Murphy from Simon & Schuster.

Not on this list, but to be added to the growing number of books using the subtitle “biography” will be the May book, The Novel: A Biography by Michael Schmitt, detailing the 700-year “life” of the English-language novel.