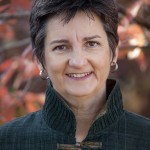 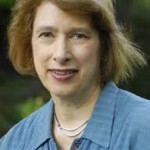 BIO members Megan Marshall and Linda Leavell will present “Making Modernism: A Conversation Between Biographers” at the BIO conference on May 17. As a prelude to that, Marshal interviwed Leavell about her new book and a recent honor.

Megan Marshall: Congratulations on your nomination for the National Book Critics Circle Award in biography for Holding On Upside Down: The Life and Work of Marianne Moore. I’ve noticed that your book is the only one of the finalists with a female subject—and an American subject. Could you say a little about the role of gender in Marianne Moore’s professional life and in her work? Her protégée Elizabeth Bishop objected to being described as a “woman poet.” Did Moore feel the same way?
Linda Leavell: Thank you, Megan. Moore didn’t like to be called a “poetess” but was too polite to protest the term. Although second-wave feminism made little sense to the elderly poet, feminism was a norm for her from early adolescence. She grew up among single, well-educated women like her mother and graduated from Bryn Mawr, the most socially progressive women’s college of the time. She campaigned for suffrage and participated in the famous 1913 suffrage march in Washington, D.C. Throughout her life and continually in her poetry she sides with the oppressed and marginalized, and some poems such as “Marriage” are overtly feminist.
MM: Before you began work on Holding On Upside Down, you had written critical studies of Moore’s poetry. What challenges did you experience in mastering the biographical form? Any advice for others attempting to make this transition?
LL: I not only knew how to develop an academic argument but had taught thesis-driven writing for several decades when I started the biography. Biography, however, is essentially storytelling, and fluid prose matters more than it does in other forms of scholarship. I welcomed these challenges. I would advise others making this transition not to get too attached to the particulars of their research. I had to omit much that I had learned in order to keep the story moving.
MM: The Moore estate selected you as Marianne’s authorized biographer and gave you full access to the Moore archive. What was it like to work on the biography knowing that family members had placed this trust in you?
LL: Trust is key. The Moore family had had some bad experiences with the unscrupulous and had become wary of scholars. They were eager to find a trustworthy biographer, and I felt honored to earn their trust. Fortunately, they were as committed to accuracy as Moore herself was. I never felt constrained to withhold what I learned, even things that surprised them, but I wanted to honor their trust by treating the family members with dignity and the nuances of their relationships with precision.
MM: You draw particular attention to Moore’s ambitious early poem “An Octopus,” which isn’t, like many of her other poems, about an animal but instead about an “octopus of ice”—Mount Rainier. You find in it an optimistic rejoinder to Eliot’s The Waste Land, an expression of Moore’s particular form of patriotism. What did it mean to Moore, with her famous love of baseball and the Ringling Brothers circus, to be an American and how do we see that in her writing?
LL: The question of American identity was important for artists after World War I. In “An Octopus,” Moore presents a distinctly American landscape in Mount Rainier National Park. Beginning with the title and first line: “An Octopus // of ice,” she shows how the experience of the wilderness constantly undercuts one’s expectations. And she thus advocates American pragmatism as an alternative to what she called a “macabre” failure of imagination in “The Waste Land.” Late in her career, she became a campy patriot in her tricorn hat, assuming the role of model citizen and unofficial poet laureate.
MM: Finally, how do you pronounce “Marianne”? I listened recently to a recording of Elizabeth Bishop reading “Efforts of Affection,” her recollection of Moore, at the 92nd Street Y in New York in the 1970s. To my surprise, Bishop pronounced the name as “Marian.” Is that correct, or just the result of Bishop’s particular accent or rushed way of speaking before an audience?
LL: Moore pronounced her name Marian. Her mother spelled her name this way for the first year of her life and then changed the spelling to Marianne, perhaps to honor the two great aunts, Mary and Anne, for whom the child was named.

Megan Marshall is the author of Margaret Fuller: A New American Life and The Peabody Sisters: Three Women Who Ignited American Romanticism, a finalist for the Pulitzer Prize in 2006. She is at work on a short biography of Elizabeth Bishop for the Amazon “Icons” series.