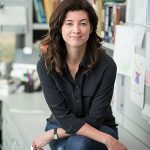 Candice Millard’s Hero of the Empire was named Amazon’s number one history book of 2016.

BIO is thrilled to announce that Candice Millard has won the 2017 BIO Award for her slice-of-life biographies of Winston Churchill and presidents James Garfield and Theodore Roosevelt. In her bestselling books—Hero of the Empire, Destiny of the Republic, and The River of Doubt—the breadth and depth of her research are matched by her gift for creating fast-paced narratives that bring events in distant eras to vivid life.

BIO bestows its annual award on a colleague who has made a major contribution to the advancement of the art and craft of biography. Millard joins previous award winners Jean Strouse, Robert Caro, Arnold Rampersad, Ron Chernow, Stacy Schiff, Taylor Branch, and Claire Tomalin.

Millard will receive the honor during the 2017 BIO Conference on May 20 at Emerson College in Boston, where she will deliver the keynote address.

Millard’s first book, The River of Doubt: Theodore Roosevelt’s Darkest Journey (2005), was a Barnes & Noble Discover Great New Writers selection and a Book Sense Pick, won the William Rockhill Nelson Award, and was a finalist for the Quill Awards. Her second book, Destiny of the Republic: A Tale of Madness, Medicine & the Murder of a President (2011), won the Edgar Award for Best Fact Crime, the PEN Center USA award for Research Nonfiction, and the One Book – One Lincoln Award, among other honors. Millard’s most recent book, Hero of the Empire: The Boer War, a Daring Escape and the Making of Winston Churchill (2016), was chosen as a top ten critics pick by the New York Times. Millard’s work has also appeared in the New York Times Book Review,Washington Post Book World, National Geographic, and Time magazine.