The Sword and the Shield

BIO member Peniel Joseph’s most recent book speaks to today’s Black Lives Matter issues, and with his permission here is an excerpt from The Sword and the Shield: The Revolutionary Lives of Malcolm X and Martin Luther King Jr. (Basic Books, 2020). 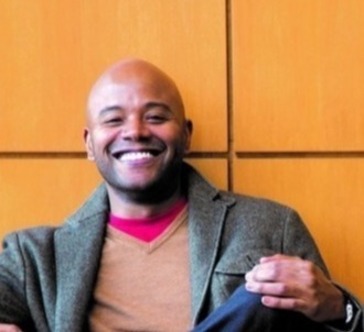 Malcolm X and Martin Luther King Jr. found common ground and a measure of unacknowledged political convergence through their respective advocacy of black dignity and black citizenship. Their lone joint appearance at the US Senate building illustrates their shared belief in the capacity for mass movements to transform democratic institutions. They both came to define America as an empire whose political economy seemed to thrive on racial violence, exploitation of the poor, and war. King’s academic study and global travels armed him with an intellectual understanding of world affairs that grew more radical over time. Vietnam turned him into the nation’s sharpest and most vocal critic of American imperialism. Like a man possessed, King raged against the triple evils of militarism, racism, and materialism in a style that shocked critics and might have made Malcolm proud. By the end of their lives, both Malcolm and Martin had sought to leverage international opinion, global political and intellectual networks, and the world stage in an increasingly convergent struggle for black dignity and citizenship. . . .

There is no way to understand the history, struggle, and debate over race and democracy in contemporary America without understanding Malcolm X and Martin Luther King Jr.’s relationship to each other, to their own era, and, most crucially, to our time. The presidency of Barack Obama, in many ways, helped to frame the limits of a liberal democratic framework rejected by Malcolm X and vociferously criticized by the radical King. Obama’s election offered a romantic, although unearned, conclusion to the civil rights and Black Power movements without having to examine the underside of the American dream that helped end the lives of Malcolm and Martin. The killings of Sandra Bland, Tamir Rice, Korryn Gaines, Trayvon Martin, Eric Garner, Freddie Gray, and Michael Brown represent only the tip of contemporary racial injustice. America has innovated new forms of racial oppression in criminal justice, public schools, residential segregation, and poverty that scar much of the black community. What Michelle Alexander has dubbed the “new Jim Crow”—the continuation of a racial caste system through the justice system’s disparate treatment of black prisoners—touches virtually every facet of black American life.

Malcolm X and Martin Luther King Jr. matter now more than ever. The deaths of Gray and Brown triggered urban rebellions in Maryland and Missouri, recalling the spasms of racial unrest that gripped the nation over fifty years ago. Malcolm and Martin argued that the future of American democracy depended on the wholesale recognition of black dignity and citizenship, struggles that are still ongoing and remain vitally connected to the social movements of the 1960s they helped to define. Malcolm promoted a bold struggle against white supremacy as the corollary to a passionate crusade for black dignity. He did more than hurl general accusations. He prosecuted his case through historical methodology that meticulously recounted the litany of crimes perpetrated against black people. Malcolm’s rhetorical sword evolved from brandishing punishing truths about racial injustice into inspiring community pride by offering unmerited grace to all who identified themselves as human rights activists.

Martin Luther King Jr. marshaled his love for black lives through a strategic rebellion that left room for compromise. King’s hopes for racial rapprochement with both the architects and beneficiaries of racial oppression faltered in the face of war, racism, and white supremacy. His defense of black humanity pivoted on a belief in mutual redemption for the descendants of both enslaved blacks and plantation owners, a faith overwhelmed by a harsh reality of state-sanctioned violence, poverty, and war.

Malcolm X and Martin Luther King Jr. sought a moral and political reckoning with America’s long history of racial and economic injustice. Urban rebellion, entrenched poverty, and the tragic resiliency of Jim Crow forced King to confront uncomfortable truths about the depths of American racism. Having successfully climbed previously insurmountable political mountains, King set his sight on scaling the political equivalent of Mount Everest. Whereas Malcolm’s philosophy of self-defense grew to include forays into global diplomacy and recognition of the importance of formal voting rights, King’s visions of peace acknowledged the need for a nonviolent political war that would be waged by ordinary citizens seeking universal truths through the particular struggles of the poor and racially oppressed. By the end of their lives, Malcolm X and Martin Luther King Jr. each drew closer to the political philosophies of the other—the sword and the shield no longer reflecting divergent worldviews but dual, at times intersecting and even complementary, strategies that continue to shape movements for racial justice, dignity, and citizenship in America and around the world.

Joseph gave TBC the following comment that relates his book to the current resurgence of Black Lives Matter.

The legacies of Malcolm X and Martin Luther King Jr. have been on full display during the American Spring of racial justice and Black Lives Matter (BLM) marches inspired by the death of George Floyd. The struggles for Black Dignity and Black Citizenship that Malcolm and Martin personified resonate in our time now more than ever. As people in over 2,000 American cities gathered in protests, demonstrations, and rallies protesting against systemic racism and white supremacy, we are once again facing a generational crossroads around questions of dignity, citizenship, and freedom. Americans last witnessed such widespread national unrest in the aftermath of King’s assassination. That generation ultimately chose “Law and Order” and the criminalization, segregation, and incarceration of large segments of the Black community over King’s “Beloved Community” free of racial and economic injustice. This year’s Black Lives Matter uprisings offer us a chance to forge a Beloved Community and, in so doing, the opportunity to finally achieve our country.

Peniel E. Joseph is the Barbara Jordan Chair in Ethics and Political Values at the LBJ School of Public Affairs and professor of history and the founding director of the Center for the Study of Race and Democracy at the University of Texas at Austin. He has written several previous books on African American history, including Stokely: A Life. He lives in Austin, Texas.