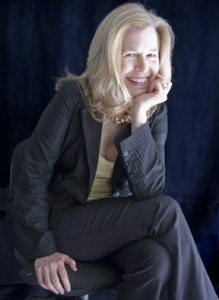 Alison Owings won the Biography Fellowship awarded annually by the Mayborn Literary Nonfiction Conference, held at the University of North Texas. The fellowship is co-sponsored by BIO and BIO co-founder James McGrath Morris. With her fellowship, Owings receives a two- to three-week residency in Santa Fe, New Mexico, and mentoring from Morris during her stay. In addition, she will receive complimentary admission to the 2019 BIO Conference and a $500 stipend.

During her stay in New Mexico, Owings will be working on The Book of Del: A Life Before, During and After Homelessness. The book explores the experiences and thoughts of one formerly homeless individual and recounts the life of a former crack cocaine addict now recognized for a jobs program he has started for disadvantaged young people. Owings’s previous titles include Indian Voices: Listening to Native Americans and Frauen: German Women Recall the Third Reich, which was named a New York Times “Notable Book of the Year.”