This week’s episode features highlights from a panel from the 2019 BIO Conference, “Fire Up Your Narrative,” with moderator Linda Leavell and panelists John A. Farrell, Ruth Franklin, Caroline Fraser,  and Tom Reiss. 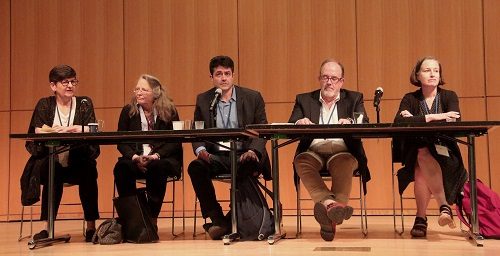 In this week’s episode, we interview investigative journalist and biographer John A. Farrell, author of Richard Nixon: The . This interview was recorded in May 2019 in Washington, DC. 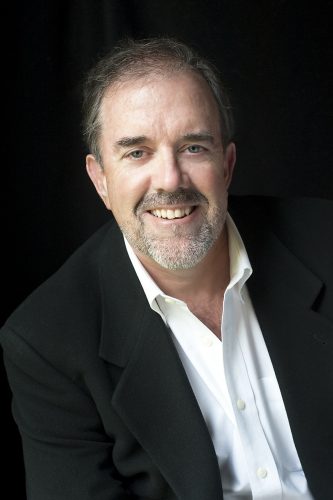 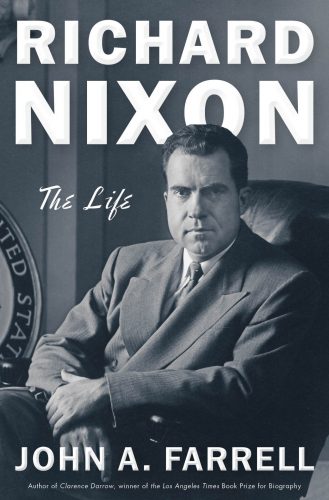 Biographers Grapple with the Many Facets of Nixon 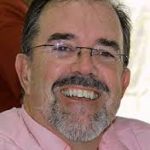 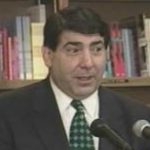 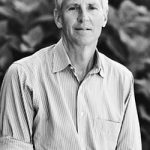 In a preview of the BIO Conference panel “Three Ways of Looking at a Subject: Richard Nixon,” moderator John A. Farrell explores the presidential subject with two of the panelists.

Lincoln, we know. The Roosevelts, we get. Of Kennedy, we probably know too much. But the roster of American presidents still presents a few white whales for biographers to chase—chief executives whose lives don’t yield characterization easily. Jefferson has been called a sphinx. Reagan opaque. And then there is Richard Nixon.

The challenge in writing a life of Nixon is not a shortage of material; it’s partly that there is so much: millions of documents and thousands of hours of tape recordings; archives chock-full of videotape from the Vietnam War and Watergate; countless newspaper articles and columns and books about the Tricky Dick of the 1950s, the various New Nixons that ran for president, and the tragic chief executive who went to China, signed an arms deal with the Soviet Union, won a landslide re-election, and resigned in disgrace. The vast sea of material makes fishing for Nixon an arduous task. So does his personality, which aide H. R. Haldeman compared to a piece of quartz, with its many, many facets.

Compounding the difficulty is the polarizing nature of the man, and of his times. For most of his political career, often deliberately, he divided the citizenry into those that loved Nixon, and them that hated him with unyielding passion. He came on the scene as an ally of Joe McCarthy. He implied that Harry Truman was a traitor, and was throughout an unforgiving partisan hatchet man. “If the dry rot of corruption and Communism, which has eaten deep into our body politic during the past seven years, can only be chopped out with a hatchet, let’s call for a hatchet,” he said, campaigning, in 1952.

And his enemies—the liberals, academics, Democrats and journalists who Nixon and Vice President Spiro Agnew attacked as impudent snobs and effete intellectuals—gave as good as they got.

“The American lower middle class in the person of this man moved to engrave into the history of the United States, as the voice of America, its own faltering spirit, its self-pity and its envy…its whole peevish, resentful whine,” the liberal New York columnist Murray Kempton wrote.

For the upcoming BIO conference in Richmond, three recent Nixon biographers—Evan Thomas, Being Nixon; Jeffrey Frank, Ike and Dick; and Irwin Gellman, The Contender and The President and the Apprentice—will join me on a Saturday afternoon panel, and talk about our turns as Captain Ahab. I quizzed two of them about the hunt last month.

Q: What special challenge does a polarizing figure like Nixon present? Is the historic record accurate, or does it reflect the political bias about Nixon from his era? How do you navigate these shoals?
Jeffrey Frank: The challenge is not to start off regarding him as a ‘polarizing’ figure, but rather to try to see him plainly—to let his life and times guide.
Evan Thomas: I worked for The Washington Post for 24 years, and…Nixon was the devil—an evil figure, corrupter of the Constitution, Tricky Dick. That is pretty much the view that has taken hold in the public generally, certainly in the so-called liberal establishment.
The Watergate era record makes Nixon look like a madman. The fuller record is more complex.
His reputation and standing will never escape Watergate, nor should it. But I wanted to humanize him. I tried to look at Nixon from the inside out. To understand his own sense of outsider-ness. To see what it was like, literally, to be Nixon.
“I can’t pretend to know with anything approaching certainty what Nixon was really feeling and thinking. I’m not sure Nixon himself did. He was, as far as I could tell from the record he left, remarkably un-self aware. He brooded constantly—about his enemies—and he felt deep insecurity. But he did not know his own weaknesses, not in a way he could control.
I once asked (Nixon aide) Brent Scowcroft if Nixon could see himself. No, answered Scowcroft, “but sometimes, I think, he took a peek.” That sounds about right to me.

Q: Is there a difference in how the generations of Americans view Nixon?
Jeffrey Frank: I’ve found that the Boomers still pretty much loathe him, although some try to see his better side. The Millennials see him as a cartoon —the Evil President, a little comic, too.

Q: After publication, did you find critics and readers open to your interpretation, or were they bound by their own political viewpoint?
Jeffrey Frank: I wondered whether some would see me as too sympathetic to Nixon, but in fact I think most were pretty open to what I was doing—not to sound pompous but trying to be, ahem, fair and balanced.
Evan Thomas: A mixed or somewhat forgiving picture of Nixon is not going to satisfy the large population of Nixon haters, especially those whose careers have been wrapped up in the view of Nixon as Monster. Since those same people were likely to review my book, I feared I would take my lumps, and I did. But I never had so much fun writing a book.”

Q: What are you hoping to learn from the other members of our panel?
Jeffrey Frank: I’m interested in hearing how the picture of Nixon began to change as other biographers drew closer to him—learning more about him, good and bad. Did he become more a “rounded” figure, and therefore more interesting, or did he simply seem to remain an unwavering partisan, and therefore increasingly tedious? Or a little of both?

John A. Farrell’s single-volume biography of Nixon will be published early next year.