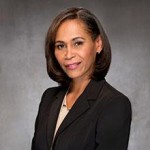 At the beginning of the last century, Ota Benga, a Congolese member of the Mbuti people known for their diminutive height, was brought to the United States and exhibited to Americans including, for a while, at the Bronx Zoo. Author Pamela Newkirk has published an account of Benga’s life and his horrific ordeal. Her book is calledSpectacle: The Astonishing Life of Ota Benga. “Here is a gripping and painstaking narrative that breaks new ground,” said the New York Times Book Review. “Now, after a century, Benga has finally been heard.”

How does one write a biographical work of someone who left no written records, well, actually almost no self-generated records?
When writing about marginalized people you often have to turn to the papers of powerful people in their lives. I first learned this when working on my epistolary collections. The letters of enslaved African Americans were found with the papers of their masters or government officials who they appealed to. In the case of Ota Benga, letters written by those who had captured or held him in captivity revealed what was going on daily behind the scenes. There were hundreds of letters that offered uncensored snapshots of him. In addition, dozens of newspapers provided first-person accounts of his daily exhibition at the St. Louis World’s Fair and the zoo, and also of his life once he was released. I then found him in census and ship passenger records, in an anthropologist’s field notes while in the Congo, unpublished and published accounts by those who knew him, institutional catalogues and bulletins, photographs, etc. I was able to use teams of documents to piece together his journey from the Congo, through Europe, and across the United States.

What was the biggest challenge you faced in reconstructing Ota Benga’s life?
The biggest challenge was overcoming the absence of his voice. His voice was captured in a handful of accounts, so that’s all I had to work with. However, I was able to highlight his actions that, at times, spoke louder than words. It was clear that he resisted his captivity at the zoo and that he suffered both there and on the fairgrounds in St. Louis where he was taunted, attacked, and displayed, while barely clad, on the frigid fairgrounds. As human beings, we can imagine his humiliation and degradation.

In a sense, he isn’t the story, rather our treatment of him is the tale. Am I right? If so, how did that guide your writing?
In a sense, he was a mirror of us—of society—at the dawn of the twentieth century. Our humanity and his were inextricably linked and as his was diminished, so too was ours. But we can also take heart in the fact that a handful of people defied the conventions of the time and protested the exhibition at the zoo. In them, we can find our humanity.

What did you hope to accomplish with this book?
So many distortions, half-truths, and outright deception had shrouded the truth of Ota Benga’s story. A hundred years later, the man who most exploited him was, in many accounts, depicted as his friend and savior. I wanted to correct the historical record and, in the process, reassert Ota Benga’s soaring humanity. He was so much more than “the man in the monkey house,” as he had been widely characterized. He was a sensitive, intelligent, and beloved person who had suffered a horrific injustice. But that experience alone did not define him.