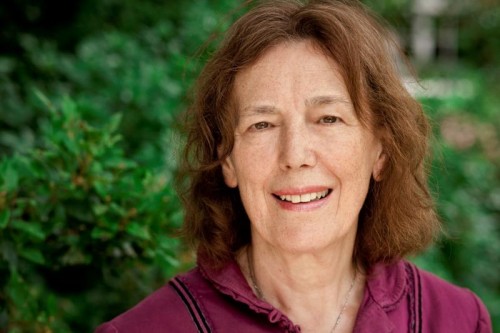 Claire Tomalin, winner of multiple prizes for her literary biographies, is the winner of the seventh annual BIO Award. BIO bestows this honor on a colleague who has made a major contribution to the advancement of the art and craft of biography. Previous award winners are Jean Strouse, Robert Caro, Arnold Rampersad, Ron Chernow, Stacy Schiff, and Taylor Branch.

Tomalin will receive the honor during the 2016 BIO Conference on June 4 at the Richmond Marriott Downtown in Richmond, Virginia, where she will deliver the keynote address. Tomalin first worked in publishing and journalism before turning to writing biography. In 1974, she published The Life and Death of Mary Wollstonecraft, which won the Whitbread First Book Prize. Her subjects have included Percy Bysshe Shelley, Jane Austen, and Thomas Hardy. Her 1991 book The Story of Nelly Ternan and Charles Dickens, won the NCR, Hawthornden, and James Tait Black prizes, and she also won several awards for her 2002 biography of Samuel Pepys, including the Whitbread Biography and Book of the Year prizes. Writing about her latest book,Charles Dickens: A Life (2011), the Guardian called it “flawless in its historical detail” and noted, “What is so valuable about this biography is the palpable sense of the man himself that emerges.”

Tomalin has honorary doctorates from Cambridge and many other universities, has served on the Committee of the London Library, is a trustee of the National Portrait Gallery, and is a vice president of the Royal Literary Fund, the Royal Society of Literature, and English PEN.