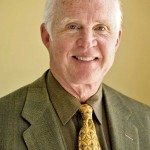 Taylor Branch is the recipient of the 2015 BIO Award, given each year by BIO members to a colleague who has made a major contribution to the advancement of the art and craft of the genre.

Branch is best known for his best-selling, magisterial trilogy about Martin Luther King, Jr., the Civil Rights movement and America in the 1950s and 1960s. In these three volumes, Branch showed, as he wrote in his introduction, that “King’s life is the best and most important metaphor for American history in the watershed postwar years.” His vivid portrait of King’s rise to greatness humanizes the man and allows the reader to understand his era by portraying what it was like to live through it. His three-volume work has been compared to Carl Sandburg’s Lincoln and Robert Caro’s multivolume life of Lyndon Johnson.

Branch will receive the honor during the 2015 Biographer International Organization Conference on June 6 at the National Press Club, where he will deliver the keynote address. The BIO Award was established in 2010 and its first five recipients were Jean Strouse, Robert Caro, Arnold Rampersad, Ron Chernow and Stacy Schiff.