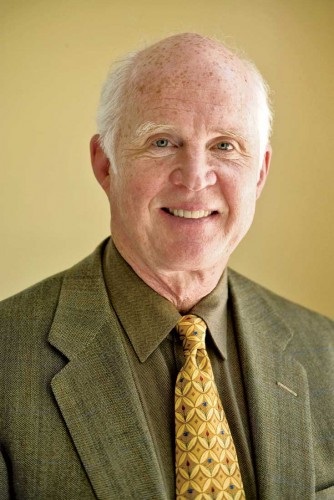 Branch’s most recent book, The King Years: Historic Moments in the Civil Rights Movement, was published in 2013.

Had it not been for the civil rights movement, Taylor Branch would have become a surgeon and the movement would have been deprived of one of its most important chroniclers.

For his work in producing a three-volume biographically based narrative history of the civil rights movement, Branch received the BIO Award on June 6 at the Biographers International Conference. He was the sixth writer to be so honored since the first gathering, originally called the Compleat Biographer Conference. Previous winners are Jean Strouse, Arnold Rampersad, Robert Caro, Ron Chernow, and Stacy Schiff.

Growing up white in segregated Atlanta, Georgia, Branch aspired to become a surgeon. But his father’s close relationship with an African American and the inescapable presence of the civil rights movement in the hometown of Martin Luther King, Jr., resonating in Branch’s words in “spiritual values,” replaced that life plan with another. “I wrote the civil rights triology because I wanted to know myself where the movement came from that changed the direction of my life’s interest against my will.”

To do his trilogy of books, collectively called America in the King Years, Branch told readers in the first volume that he had chosen to structure his work as “narrative biographical history.”

While he was working on it, Branch came to the conclusion that most people approach race abstractly. “Everything I learned was very personal,” he said. “I resolved to write in a narrative style if I could, without using analytical labels because where people are so skittish, defensive, and assertive on the race topic, analytical tools and labels conceal more than they reveal.”

In short, Branch said, “I chose to base it in the people because ‘the people’ is what broke down my own emotional resistance as a white southerner.”

Aside from earning Branch a Pulitzer Prize and the National Book Critics Circle Award, the 2,912-page trilogy has become one of the standard works on the civil rights movement. Unlike biographies of the movement’s figures and histories of the movement, however, Branch’s America in the King Years employs the tools of biography to tell the larger story.

This achievement was the motivation behind Branch’s selection by the BIO Award Committee. When considering who would be honored at this year’s gathering at the National Press Club in Washington, the committee was guided, as in past years, by the goal of selecting a writer who had advanced the art and craft of biography.

When Branch learned he had been selected for the 2015 BIO Award, he said he felt a bit uncomfortable because he didn’t define his work as biographical. “I didn’t want anyone to think I was fraudulently trespassing on their turf,” he said. “I think we are certainly kinsmen trying to put people at the center of historical interpretation, whether you do that through one person or a collection of characters.

“The tools of a biographer are very, very important. That’s why I am happy and honored to bring myself as a semi-biographer down there,” said the Baltimore-based author.

(In July, the BIO website and The Biographer’s Craft will feature highlights of Branch’s keynote speech at the sixth annual BIO conference.)