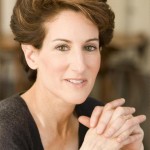 Schiff would be incapable of writing a dull page or a lame sentence “even if forced to at gunpoint,” said 2013 BIO Award winner Ron Chernow.

Stacy Schiff is the winner of the fifth annual BIO Award. BIO bestows this honor on a colleague who has made a major contribution to the advancement of the art and craft of biography. The award has previously been given to Jean Strouse, Robert Caro, Arnold Rampersad, and Ron Chernow.

Schiff will receive the honor during the 2014 Compleat Biographer Conference on May 17 at the University of Massachusetts Boston, where she will deliver the keynote address.

“Through her writing, Schiff has been, and remains, an inspiration to biographers worldwide,” said James McGrath Morris, president of BIO. “But also she demonstrated her devotion to biography through her willingness to lend her support when we first began to create our organization. She is a remarkably generous writer whose devotion to her art and craft extends beyond the written page.”

Schiff is the author of Véra (Mrs. Vladimir Nabokov), winner of the Pulitzer Prize; Saint-Exupéry, a Pulitzer Prize finalist; and A Great Improvisation: Franklin, France, and the Birth of America, winner of the George Washington Book Prize, the Ambassador Award in American Studies, and the Gilbert Chinard Prize of the Institut Français d’Amérique.

Her most recent book, Cleopatra: A Life, was published to great acclaim in 2010. Cleopatra appeared on most year-end best books lists, including the New York Times’s Top Ten Books of 2010, and won the PEN/Jacqueline Bograd Weld Award for biography. A number-one bestselling book, Cleopatra was translated into 30 languages.