Picture of a Life: Philip Short Explores the Biographer’s Craft 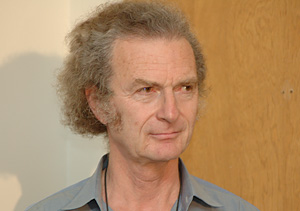 As a newspaper journalist and BBC correspondent, Short reported from Moscow, China, and Washington D.C.

More than four decades ago, while working as a freelance journalist in Malawi, Philip Short received a letter from Penguin: Would he be interested in writing a biography of Malawian president Hastings Banda, for the publisher’s series Political Giants of the 20th Century? Short readily agreed, adding now, “I suspect they had no idea that I was then 23 years old!”

Since that auspicious start, Short has a made his mark writing biographies of world leaders. His most recent book, Mitterand: A Study in Ambiguity, was published in the UK last fall and in April in the United States. With all his biographies, and with his next project on Russian leader Vladimir Putin, Short has chosen to focus on figures outside the Anglo-American sphere. TBC interviewed Short to get his perspective on what challenges that poses, and his general views of the craft of biography.
For Short, researching and writing the life story of foreign figures came out of his experience working as a reporter for the BBC. He said of his time as a journalist, “What fired me was getting to grips with another culture, with other ways of thinking, and of conveying to people at home what I thought of as ‘a particle of truth’ about a different society, which was not the same as the truth that most of my compatriots understood. That experience… has certainly influenced my approach to biography.”