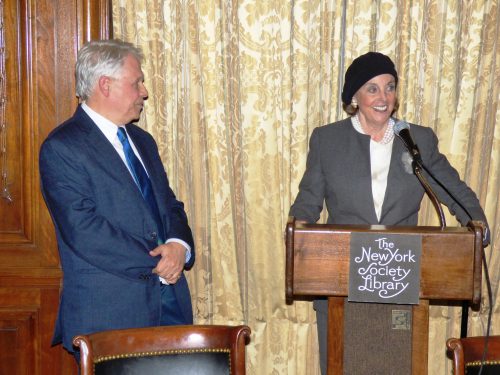 Biographers International Organization gave Nan A. Talese its Editorial Excellence Award at the New York Society Library on October 5. Almost 100 people turned out to honor Talese, including several of the authors she has worked with over the years, such as Judy Collins, Anne Heller, and A. E. Hotchner. Other guests from the publishing world included Sonny Mehta, Louis Begley, Robert MacNeill, and Robert Caro, who called the event one of the great literary evenings in New York. Talese joins Robert Gottlieb and Jonathan Segal as winners of the Editorial Excellence Award.