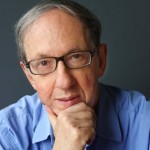 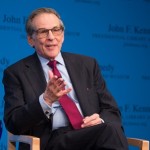 …from his long-time associate Robert Caro

On December 3, BIO will present its first Editorial Excellence Award to Robert Gottlieb. The award honors an editor who has made outstanding contributions to the field of biography. A former editor-in-chief at Simon & Schuster and Knopf, Gottlieb has edited countless best-selling novels as well as modern classics of the biographer’s craft.

Robert Caro, two-time Pulitzer Prize winner and one of the many writers who has benefited from Gottlieb’s skills, will present the award and offer a tribute. The two men first worked together on Caro’s The Power Broker, about New York City’s “master builder,” Robert Moses. The book earned Caro his first Pulitzer, and 40 years after its publication, it is a staple of college reading lists for courses on city planning and journalism.

Editing that classic work was not always easy for the two men. Caro told TBC, “I have a bad temper, and although Bob denies it, so does he. While we were editing The Power Broker, one or the other of us was always jumping up and stalking out of the room to cool off. Now he, of course, had the tactical advantage over me because when we were working at Knopf, he, as president of the company, could leave and go to somebody’s else office and transact some business, but I had no place to go except the bathroom. I went to the bathroom a lot, as I recall.”

Despite that sometimes-contentious start, Caro and Gottlieb have continued their relationship as Caro chronicles the life of Lyndon Johnson in a multi-volume biography (he is currently working on the fifth and concluding book). Gottlieb told BIO member Kate Buford that before he got a first draft of The Power Broker, “I had no interest whatsoever in Robert Moses—until I started reading. By the time I’d read the first chapter, I had a consuming interest—in him and in Caro.” (You can read the complete interview, first published in TBC in April 2014, here).

For his part, Caro praises Gottlieb for going beyond considering only what might be newsworthy, as many editors do. Caro said, “I have always believed that for a biography—for any non-fiction work—to endure, the level of its prose has to be just as high as the level of the prose in a novel that endures. The writing is what matters. And with Gottlieb, I found an editor who was interested in that, too. When we’re working together, what matters—and it is all that matters—is what is on the page in front of us.”

Gottlieb, in an interview with The Paris Review, offered a humble of appraisal of what he does: “Editing is simply the application of the common sense of any good reader.”

Attendees of the December 3 award ceremony can expect to hear many more insights on both the editor’s and the biographer’s craft from these two respected figures. The event will be 6-8 p.m. at the New York Society Library, 53 East 79th Street, New York, NY 10075. Tickets are $45 and include drinks and hors d’oeuvres. Space is limited, so reserve early here.