David I. Kertzer on Biography and Writing

By Joseph A. Esposito

The recent selection of his dual biography of Benito Mussolini and Pope Pius XI for the 2015 Pulitzer Prize in Biography caught David I. Kertzer of Brown University by surprise. According to a statement released by the university, Kertzer said, “I had no idea the Pulitzer Prizes were about to be announced nor any hint they were considering The Pope and Mussolini, so this is quite a shock.” 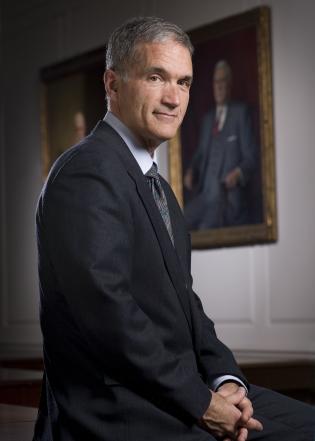 David Kertzer, winner of the 2015 Pulitzer Prize for Biography.

But the award is an appropriate testament to the meticulous research that Kertzer had undertaken for nearly a decade. Crisply written, The Pope and Mussolini: The Secret History of Pius XI and the Rise of Fascism in Europe reports on a symbiotic relationship which unfolded in the 1920s and 1930s.

The book chronicles how the dictator played on the fears of modernism of the aging pope and the mindset of the Vatican, and crafted a partnership which helped him to maintain his power. The Catholic Church benefited from the support of the fascist regime by strengthening its position in Italy. Anti-Semitism figures prominently in the story.

Kertzer, who is an anthropologist and former provost at Brown, has written extensively on nineteenth- and twentieth-century Italian history and politics, including the relationship between Jews and the Catholic Church. The Kidnapping of Edgardo Mortara, about a Jewish boy seized by papal officials and who later joined the priesthood, was a finalist for the National Book Award in 1997.

The Pope and Mussolini was an outgrowth of his earlier work, which mined papers in the Vatican archives that were available for the period up to 1921. With the opening of later material in 2002, his editor at Knopf encouraged him to continue the story of the Italian government and the church.

In an interview with TBC, Kertzer said there are few heroes on either side of the drama. Perhaps the most intriguing character is Pius XI, who clearly emerges as a tragic figure, “caught between two worlds,” as Kertzer notes. His eventual successor, Pius XII, is seen as a shrewd political actor determined to negate the dying pope’s growing concerns about Il Duce.

Kertzer said the response to the work by the Catholic Church has “been somewhat defensive because I deal with some unpleasant truths. The conservative wing of the church is trying to discredit the book.” But, he says, “if you are going to work on these subjects, you are going to have to have a thick skin.” He also expects that the Pulitzer will give the book broader readership.

Unlike some biographers who identify with their subject, Kertzer takes a more dispassionate approach. “I feel I live with them. I have lived with them for years. I don’t feel that I have to like them, but they must be interesting. I don’t think it is the author’s task to tell readers what’s good and what’s bad. I try to enrich history through understanding the personalities involved.”

He also sees little difference between the biographies and other books that he has written. The author of eleven diverse but often complementary works, Kertzer said that he began moving more into biography in the 1990s because “I wanted to reach a broader audience.”

Much of the work on The Pope and Mussolini was completed during two sabbaticals. Kertzer said that he was greatly aided by using digitized material, which included 25,000 pages of archives and diplomatic correspondence.

He is interested in what he calls “triangulating different archival sources,” drawing together disparate and fresh documentary evidence. Digitizing, he says, has “opened up terrific new opportunities for biographers.” He recommends the use of the HathiTrust Digital Library.

Kertzer’s approach to writing is straightforward. “Organizing of material is very important,” he says, and that sets the process for him. He establishes categories and subcategories and then quickly writes a first draft, usually working on it daily from 8 a.m. to 3 p.m.   The first draft of The Pope and Mussolini was written in five weeks. Then he focuses on the revisions: “I find rewriting very absorbing, the real writing. It is something that you can do around teaching.” The published version of The Pope and Mussolini was the sixth draft.

He says that Ian Kershaw’s two-volume study of Hitler represents a good model for biographers. And, he added, “When I was in college I read [Isaac] Deutscher’s three-volume biography of Trotsky and was blown away. It remains one of the outstanding memories of my undergraduate days. It impressed on me both how history could be written through biography and how biography could be made exciting.

“The other outstanding work that comes to mind is Renzo De Felice’s many-volume biography of Mussolini, running to several thousand pages. Now somewhat dated, and never translated into English, it remains a treasure trove of archival findings and provocative insights,” he said.

Kertzer is currently researching his next book, which will deal with the revolutions that took place within the states on the Italian peninsula during the tumultuous year of 1848. He expects to have a first draft done next year and published in late 2017 or early 2018.

More information on Kertzer and his books is available here.

Joseph A. Esposito is currently working on a book, Dinner in Camelot: President and Mrs. Kennedy Host America’s Greatest Intellectuals, dealing with the dinner for Nobel laureates and others at the White House in 1962.