“All biographies are group biographies. All lives are surrounded by a constellation of other lives,” said Susan Hertog, at a previous BIO Conference. “Every biographer must choose how much space to devote to each person.”

So why foreground several lives at once instead of making most of them secondary in a conventional biography or else subsuming them all in a history? What draws writers and readers to group biography? What particular challenges does group biography entail?

These are some of the questions to be addressed by the “Writing Multiple Lives” session at the 2018 BIO Conference in New York. The three panelists—Lisa Cohen, Carla Kaplan, and Justin Spring—generously gave a preview of their remarks. 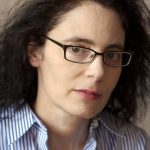 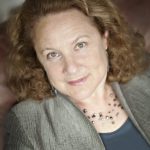 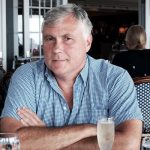 Lisa Cohen, author of All We Know: Three Lives (2012), first planned to write a biography of Madge Garland, an influential fashion editor of British Vogue. But Cohen realized that even though she had enough material to write a whole book about Garland, “such a book would—ironically—not quite do her justice. And that it would not hold my interest.”

“I realized,” said Cohen, “that I had to grapple with the idea of ephemeral achievement more broadly. And that challenge also meant a different approach to the form of biography.”

All We Know juxtaposes Garland with two other lesbian women, Esther Murphy and Mercedes de Acosta, whose lives were both “central and marginal to their time.” The structure of the group biography allowed Cohen “to keep asking: what is failure and what is accomplishment?” Cohen never draws connections among the three lives explicitly. Rather, as in Gertrude Stein’s Three Lives, she lets readers discover parallels on their own.

Carla Kaplan decided to write Miss Anne in Harlem: The White Women of the Black Renaissance (2013), because no such book existed when she looked for one. While the involvement of white men in the Harlem Renaissance is well documented, the many white women who “volunteered for blackness” were either obscured or dismissed.

Kaplan focused on the lives of six women, some with motives that were honorable and some not. But even if she did not like them, Kaplan “still wanted to treat them with respect.”

The magnitude of research surprised her. “It was like writing six biographies—more really, because a couple of the women who’d been slated for the book just didn’t pan out. I didn’t feel I could bring them to life or make them interesting enough.”

She chose to write a group biography to allow her six women to “speak for themselves” whenever possible. They each needed “some space of their own.”

Justin Spring, author of The Gourmands’ Way: Six Americans in Paris and the Birth of a New Gastronomy (2017), compares writing a group biography to “composing an orchestral piece rather than a solo piece.”

Like Kaplan, he started with an idea—“the effect of French foodways and French culture on the American understanding of good food, wine, and fine dining”—and then chose six American writers who played a role in that phenomenon. The six contemporaries vary in their personalities, sexual orientations, backgrounds, and relationships to French cuisine, and “their lives were full of overlapping dramas (and a good deal of antagonism).”

“Each of the six lives has a specific dramatic arc,” Spring said, “and the period itself has a dramatic arc, and at the same time there is much that needed explaining both in the USA of that period and in France of that period—so getting it right took a lot of arranging, trimming, and rearranging.”

The session on “Writing Multiple Lives” at the 2018 BIO Conference will engage not only those writing or contemplating a group biography per se but also anyone whose work encompasses multiple lives.

Linda Leavell, the moderator of the panel, won the Plutarch Award for her biography of Marianne Moore. Her current project is a group biography of the Stieglitz Circle.

(Photos above, from left to right, by Vanessa Haney, Robin Hultgren, and Jason Puris)