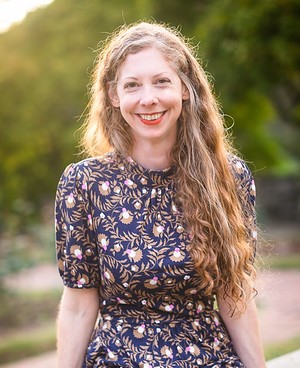 The 2022 Hazel Rowley Prize Committee has named Laura Michele Diener as the winner of this year’s prize. The $2,000 prize is awarded annually to a first-time biographer and is accompanied by a careful reading from an established agent, a year’s membership in BIO, and publicity through the organization.

Diener has won the award for her proposal for a biography of the Norwegian-Danish writer Sigrid Undset (1882–1949), whom the committee called “an extraordinary woman who lived through tumultuous times.” After an unusual childhood under the tutelage of her archaeologist father, Undset worked as a secretary while attempting to earn a living as a writer. The success of her novels allowed her the freedom to travel to Italy, where she explored her spiritual yearnings and entered into a passionate but tormented marriage. It was the demise of that marriage and the financial demands of her children that led to the writing of her most famous works—sweeping historical novels of medieval Norway, for which she won the Nobel Prize in Literature in 1928. In addition to her medieval work, she wrote innovative novels exploring the situation of contemporary women struggling to balance families and artistic longings.

Diener’s book project, which bears the working title A World Perilous and Beautiful, will be the first full-length, English-language biography of Undset, situating her within the intellectual and political crosscurrents of the first half of the 20th century.

Diener received her M.F.A. in Creative Nonfiction in 2015 from Vermont College of Fine Arts and has published creative essays in multiple journals including Under the Sun, Dappled Things, and Numero Cinq. She attended Vassar College and earned her doctorate in history at Ohio State University in 2008. She has taught medieval and ancient history at Marshall University in West Virginia since 2008, where she directed the Women’s Studies program from 2014 to 2021. Her academic work focuses on women as authors and artists in the Middle Ages.

Diener is the eighth recipient of the BIO Hazel Rowley Prize, which has been awarded since 2014. She will accept the prize on Saturday, May 14, at the 2022 BIO Conference. The 2022 Hazel Rowley Prize Committee members were Natalie Dykstra (chair), Deborah Lutz, and Steve Paul.