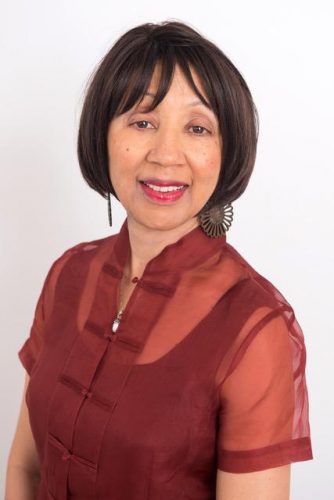 This is not the piece I thought I’d write. I’d planned to write about the driving forces in my work as a biographer, which are: (1) making African American women’s lives and contributions known and (2) infusing issues of race, class, sex, and gender identity into the formal practice of biography. But the Black Lives Matter Movement and my last two projects—specifically, the biography The Firebrand and the First Lady: Portrait of a Friendship: Pauli Murray, Eleanor Roosevelt, and the Struggle for Social Justice, and the documentary film Lillian Smith: Breaking the Silence—have me thinking that biography matters in ways I had not anticipated.

While I’m always grateful when my work receives favorable reviews and recognition, I’ve come to believe that the conversations I’ve had with people about my subjects—the pathbreaking African American lawyer and priest Pauli Murray, the first lady and human rights activist Eleanor Roosevelt, and the anti-racist, southern, white writer Lillian Smith—may have an impact that I hadn’t imagined. I suspect this is especially true of my encounters with young people, who’ve peppered me with questions at talks and via email, telephone, and social media. “What would Pauli Murray do now?” is a query I get often. “What would Eleanor Roosevelt think of the Black Lives Matter Movement?” And “How did Lillian Smith find the courage to be an anti-racist in her time?” These are obviously big questions. Not surprisingly, the discussions that follow are long and sometimes intense.
I think of the bright-eyed African American teenager from a magnet school in Durham, North Carolina, Pauli Murray’s hometown. This high schooler approached me at a photo exhibit about Murray and said, “Folks still need lawyers like Pauli Murray to fight for them, and I’m going to be one of those people!”

I think of the Korean immigrant mother, who named her daughter Eleanor, to honor the first lady’s support of immigrants and Pauli Murray. The last time I saw Eleanor, who is now in middle school, she announced, “I’m going to be a writer, just like Eleanor Roosevelt and Pauli Murray.”

I think of the relentless LGBTQ+ activists, running resource centers for the most vulnerable community members. “Pauli Murray is a personal icon for me,” said the director of a youth outreach project. “But did she ever rest?” I’m not sure that my response gave that activist much comfort, for Murray struggled daily against multiple discriminations, economic hardship, and a tendency to overwork. Yet, she took delight, as I shared, in “reading mystery novels, listening to classical music, and taking photographs.” When I said that Murray found emotional succor in nature and long walks with her dogs, the director, who seemed fatigued, smiled.
I think of the aspiring writer, who told me that she stands some combination of my biography, Pauli Murray’s Song in a Weary Throat, and Lillian Smith’s The Journey in her writing chair at the close of the day. “To have one or all of them waiting at attention the next morning gives me courage to write my truth,” she said.

I think of the Grammy award-winning Brooklyn Youth Chorus, whose director adapted excerpts from my biography for a concert performance. The children’s talent and the emotion they breathed into the text moved me (I was at the premiere) and the audience to tears. This new experience of my characters created a yearning within me to ask new questions, such as “How was Pauli Murray’s and Eleanor Roosevelt’s passion for poetry and music related to their attitude toward life?”

I believe that the British biographer Richard Holmes is correct about biography being “an act of friendship” between the biographer and subject. I’d also argue that this friendship has the potential to touch the immediate audience (e.g., readers and film, theatre, and concert attendees), as well as those yet to interact directly with the biographical work. For this reason, biography, which interrogates racial, class, gender, and identity discrimination, matters a lot. At this historic moment, it matters more, perhaps, than it ever has.

Patricia Bell-Scott is the author of the award-winning biography The Firebrand and the First Lady: Portrait of a Friendship: Pauli Murray, Eleanor Roosevelt and the Struggle for Social Justice (2017, Penguin) and the associate producer of the documentary film Lillian Smith: Breaking the Silence (2019).