Biography Has Mattered to Black Lives 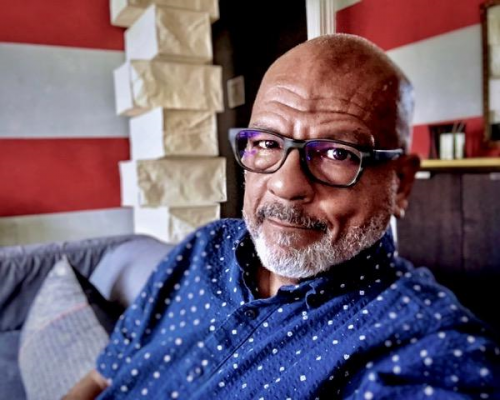 “History has reference to the development of principles, biography of character,” wrote African American civil rights activist William E. Matthews for Frederick Douglass’s New National Era newspaper in 1871. “What we want is not the frigid algebra of history so much as the brightly-painted drama of actual life.”

The drama of actual African American life perhaps feels no more acutely perilous than now. In the midst of a global pandemic, the recent horrific killings of George Floyd, Breonna Taylor, Ahmaud Arbery, and others have nevertheless catalyzed worldwide public protests. Black Lives Matter! The now-ubiquitous catchphrase not only awakens us to present injustices at hand, but to the injuriously absurd racial bigotry that America, since its beginnings, has never outgrown.

In the course of writing a recent biography—about an African American railroad worker whose marginal visibility was inherent to his job—I invariably met countless other Black lives whose contributions and influences have been fairly (well, unfairly) lost to history. They come to mind as associative links as I consider historic events of comparable magnitude to the growing social justice movement today.
Of course, there was the notorious Draft Riots of 1863, an event that remains one of the country’s greatest benchmarks of urban unrest. Black abolitionist Peter S. Porter, who survived the marauding anti-Black terror and murder of white mobs, came to personify Black philanthropy as he assumed roles of a relief fund arbiter for riot victims; an executive of the Freedman’s Bank; a noted Black hotelier; and a publicly feted champion for obtaining equal rights on the city’s public conveyances—though he is nearly forgotten.

And then the Silent Protest Parade of July 28, 1917. The NAACP led 15 thousand men, women, and children down Fifth Avenue after mobs in East St. Louis, Illinois, earlier that month had killed nearly 100 Black citizens in broad daylight. Marching the nearly two-mile route, the human column condemned the horrifying massacre in deafening silence, save for bold banners whose legends included: MAKE AMERICA SAFE FOR DEMOCRACY; AMERICA HAS LYNCHED WITHOUT TRIAL 2,867 NEGROES IN 31 YEARS AND NOT A SINGLE MURDERER HAS SUFFERED; and Theodore Roosevelt’s stock promise, A SQUARE DEAL FOR EVERY MAN—T. R. The singular protest, regarded as the prototype for later mass public civil rights demonstrations, gave rise to the Dyer Anti-Lynching Bill. But more than the proverbial dream deferred, the bill’s repeated failure to be passed by Congress is a recurring and current nightmare.

Thinking back again to that tumultuous July of 1900. As New York was reeling, a disparate initiative across the sea was garnering keen sympathetic interest in Black lives—notably unfolding from books. The Tenderloin Riots coincided with the 1900 Paris Exposition, for whose American section Daniel A. P. Murray—a Black scholar and preeminent assistant librarian of the Library of Congress in D.C.—had prepared a 1,100-title-long bibliography, with selected samples of books and pamphlets, representing about 1,200 Black authors in a historic Negro Exhibit. A good many titles were biographies.

Today, the sweeping breadth of the Black Lives Matter Movement—from antislavery to antiracist proactivism—is a historical inflection point. It’s a dizzying convergence of various issues and iconoclastic movements against systemic racism, social injustice, and police brutality, all hinged to government ineptness while in the throes of a global health crisis. But from this curious amalgam, future biographers are sure to sound out a wellspring of woefully marginalized individual lives who are germane to our appreciation of broader events at hand.

Eric K. Washington is the author of Boss of the Grips: The Life of James H. Williams and the Red Caps of Grand Central Terminal. The book’s citations include the 2020 Brendan Gill Prize Finalist; being named among the Ten Best Biographies of 2019 by Open Letters Review; and honored as one of the Ten Favorite Books of 2019 by The Bowery Boys New York City History podcast.