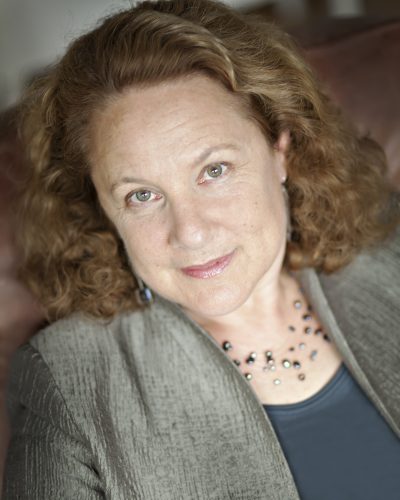 White disavowals of racism are not new. History shows that racism and its disavowal have existed in tandem for decades, sometimes mutually reinforcing one another and sometimes in genuine opposition, a tension often shifting polarities with lightning speed. This is why the question of what makes white allies effective in antiracist movements has always been so fraught. Biographies warn us that there are no easy answers.

One hundred years ago, as I detail in Miss Anne in Harlem: The White Women of the Black Renaissance, an unlikely band of white women tried to be allies in the cultural-political explosion known as the Harlem Renaissance. Some were primitivists who found Black culture exotic. Some were social workers. Some came for love. Others for adventure. A few were antiracist activists with a long history of struggle. A few believed they had privileged access to Blackness. “I am a Black God,” wealthy white patron Charlotte Osgood Mason declared; white British heiress Nancy Cunard claimed, “I speak as if I were a Negro myself.” They had the notion that they could—and should—act as “voluntary Negroes.” All proclaimed their good intentions, wanting to be something other than “Miss Anne,” which was how the Black community designated, and denigrated, white women as a group.

Sometimes these women offered important insights into whiteness. Annie Nathan Meyer, a Barnard founder and friend of Zora Neale Hurston, wrote a play in 1924 about a white southern woman’s desire for a Black man. Seeking to expose the myth that Black men threaten white women, Black Souls showed that white women like its protagonist Luella, even with the best of intentions, pose the real threat and danger. In the play’s dramatic climax, local whites see Luella throw herself into the arms of a Black man, who is lynched as a consequence. Luella is powerless to stop the murder that is carried on in her name. The play concludes with her ineffectual cries: “Stop, stop I say.” Black Souls shows that some of the most barbarous acts carry a banner of good intentions and that white feelings too easily oil the machinery of racism.

In exposing the myth of the Black rapist, the play goes a long way toward explaining the murderous power Amy Cooper marshalled when she threatened Black birdwatcher Christian Cooper in Central Park. Black Souls also explains how white women, even those who do not act with Cooper’s overt racism, may channel the racism that gives their whiteness power.

Meyer was a “Miss Anne” of course. She was, literally, Miss Annie. But she looked at her own whiteness critically and was skeptical about white feelings. It is not enough, the play demonstrated, to mean well. White privilege can travel through such feelings just as easily as it can through negative ones. If we have learned anything from deaths such as Trayvon Martin’s, justified by laws such as Stand Your Ground—which tells white people that if they feel scared they can fire on Black people, enshrining into law a racist history of privileging white feelings about Blacks—it is that white feelings have been given far too much play in our culture.

What of all the white feelings now in the news? Every day we see more online statements from white people expressing solidarity with Black Lives Matter and outrage over discrimination. Most are thoughtfully worded. Sometimes they say things that seem new: disavowing white privilege, calling out systemic and institutional racism. These statements may be a good first step, but their spotlight shines on white feelings, again. Many now come from corporations eager not to lose profits by seeming un-woke. By all means, white folks should express outrage over racism. Not to do so is to be part of the problem. But expressing outrage is attenuated at best and performative (for white benefit) at worst, unless it advances and accompanies action: defunding police departments, reparations, prison abolition, legislation, massive institutional and structural change; addressing the wealth gap, climate and health injustices, and more. White outrage may lead to those transformations, but it must never stand in for them.

The most effective white allies of the Harlem Renaissance are now least known: philanthropist Amy Spingarn, librarian Ernestine Rose, playwright Annie Nathan Meyer. These women drew attention away from themselves. They left few records and made telling their stories challenging. That was by design. They believed that unlearning white privilege—not living as Miss Anne, or Karen, Barbecue Becky, or Permit Patty—means more than voicing solidarity and support. Their lesson is that racial justice cannot—must not—be based on further privileging of white feelings, again. The point remains salient today.

Carla Kaplan, Davis Distinguished Professor of American Literature at Northeastern University, is the author of Zora Neale Hurston: A Life in Letters, Miss Anne in Harlem: The White Women of the Harlem Renaissance, and a forthcoming biography of Jessica Mitford, among other books. She chairs the Editorial Board of Signs: Journal of Women in Culture and Society.