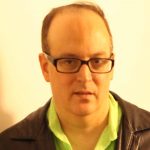 In 2007, Robert Marshall, seeking to promote his debut novel A Separate Reality, wrote a lengthy piece about the New Age guru Carlos Castaneda for Salon. Among Castaneda’s books that claimed to impart the teachings of a Yaqui Indian shaman called don Juan was one also titled A Separate Reality. Marshall’s book tells the story of a ’70s teen who falls under don Juan and Castaneda’s sway—just as many real teens, and considerably older people, did during the height of Castaneda’s popularity, when he sold millions of copies of his books.

Researching and writing that Salon article, Marshall didn’t know that his quest to understand Castaneda’s life would lead to his writing the first biography of a person Marshall called “the twentieth century’s most successful literary trickster.” And Marshall certainly couldn’t have known that he would move beyond being a literary detective and become something of a real one, as he tried to find clues about the disappearance of five women who had been part of Castaneda’s inner circle.

Uncovering a Manufactured Past
Marshall began expanding on his original research and preparing to turn it into a book after everything he had collected didn’t make it into his 2007 article. He said, “I thought it would take two or three years.” Now, eight years later, Marshall thinks it may take several more years to complete the biography of a man who won praise from a wide range of admirers, from John Lennon to Federico Fellini. But even when Castaneda’s books were riding high on the best-seller lists, people began to publicly doubt Castaneda’s claim that his work reflected factual anthropological research. END_OF_DOCUMENT_TOKEN_TO_BE_REPLACED