What Biographers Can Learn from Obituary Writers 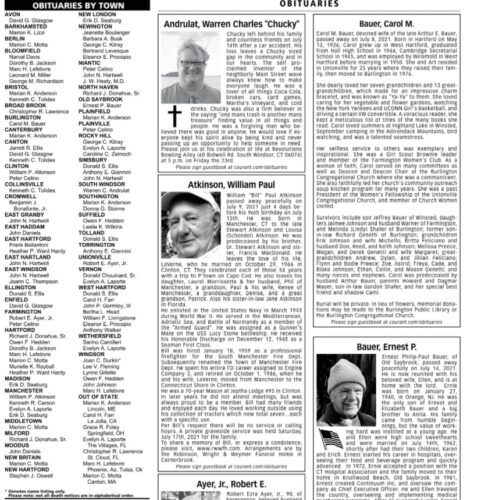 Opening the session on what biographers can learn from obituary writers, Margalit Fox joked that her sister once began a phone call to her by asking “how’s the flash biography business coming?” Fox, a former senior reporter at The New York Times, wrote more than 1,400 obits while at the paper. That “flash” aspect comes when obituary writers have just an afternoon, or perhaps only an hour, to produce copy. Fox acknowledged that there is only so much detail in an obituary, even on major figures. They are “not the whole life” but “the kernel is there,” making an obituary “a really good first stop” for a biographer.

Along with Fox, moderator Bruce Weber and panelists Adam Bernstein and William McDonald, have all written and/or edited obituaries. Weber called their field the “somewhat macabre realm of the journalistic mortuary.” Bernstein noted that obituary writers have to address a question that biographers also face: “Why should someone care” about the subject—especially people who may have never heard of the subject. McDonald said that’s where the lede comes in—the writer must hook the reader up front so they’ll keep reading. Weber pointed out that obituary writers “have to determine what is really interesting,” so the question then comes down to “what to leave out”—another issue biographers face after doing their research. The issue is especially acute for the obituary writers, given the limited space they have to hook the reader and then tell a narrative of the life.

A common practice at newspapers is writing advance obituaries of well-known figures; the panelists talked about the challenges they sometimes faced in preparing them. One issue is that perceptions about a subject can change after the advance obituary is first drafted. McDonald, obituary editor at The New York Times since 2006, gave the example of famed music producer Phil Spector. The paper had to re-do its obituary to take into account Spector’s murder conviction in 2009, while still positioning him as an important figure in contemporary American music.

As with writing a biography, interviewing is an important way to get information on a subject. Fox, though, noted that obituary writers conducting interviews for advance obits are in a delicate situation. She “didn’t want to seem like a circling vulture” when interviewing people about someone who was still alive. The interviewing process usually begins with families and friends of the subject. Fox said, “You learn a lot about dysfunction and family folklore,” with the folklore coming from family members believing the subject did something or was someplace when they were actually not involved in the event, or were only peripheral to it. The potential discrepancies with reality mean obit writers have to check the facts they gather from the interviews.

McDonald added, “families can want to manipulate the obit,” by leaving out the most sordid, embarrassing, or worst episodes in a person’s life. And it’s not just family members who manipulate. Weber, who is writing a biography of novelist E. L. Doctorow and prepared his advance obituary, said the writer placed contradictory tidbits about his life over the years with different friends. Now, as a biographer, Weber is trying to reconcile all these divergent stories with facts. “I would like him to be around, so I could get to the bottom of that.”