The Art and Technology of Interviewing 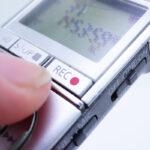 Moderator James McGrath Morris and panelists Claudia Dreifus, Brian Jay Jones, and John Brady presented similar views about successful interviewing in this panel. They agreed that a biographer should find out as much as they can about the interviewee and be equally prepared when something unexpected arises in the conversation and pursue that topic.

Dreifus, author of Scientific Conversations: Interviews on Science from The New York Times and Interview, said, “You’ve got to establish some kind of relationship” with the interviewee from researching them. Morris said that sharing details gleaned about the interviewee’s past can break the ice and flatter them. Dreifus illustrated this point by sharing her experience interviewing General John Shalikashvili, chairman of the Joint Chiefs of Staff during the 1990s. She discovered “Shali,” who was born in Poland, learned to speak English by watching John Wayne movies, a point that moved the interview forward.

In her career of interviewing for the Times, Playboy, and other publications, Dreifus said she always structured her questions in advance, but “my rule is to get people to tell their stories” and to move beyond clichés and sound bites.

Jones said he treats interviews as conversations. The author of biographies of Theodor Geisel (Dr. Seuss), Jim Henson, and George Lucas, Jones said he intentionally stays away from the police procedural process of going down a list of questions. He added that it’s good to “know when to shut up” and “be willing to let there be dead air” that may draw the subject out more. He also noted, “A lot of times, stories don’t go in the direction you expected” and that is not a bad thing.

Brady, whose books include The Craft of Interviewing and the biography Bad Boy: The Life and Politics of Lee Atwater, said he discusses topics he intends to cover with the interviewee in a phone conversation, and he also gives the subject “a review at the finish line for accuracy” in the transcription, but not the manuscript. He treats the transcript the same way as a deposition is viewed—it can be corrected for accuracy, but not other reasons.

Dreifus, on the other hand, said she stays away from sharing transcripts with her subjects. The exception comes when interviewing Nobel laureates in physics or experts in fields where she lacks expertise.

Another challenge of interviewing is determining what’s accurate or what’s a bias an interviewee might bring to the session. With his Jim Henson book, Jones said he came to “understand that everyone has an agenda,” such as when he interviewed Henson’s wife and five children. With his Atwater book, Brady said he interviewed 200 people for the biography. In going back through those interviews, he “had to separate fact from fiction” in their accounts. Complicating matters was that some of these people believed “the fiction.” Dreifus pointed out that in some cases an interviewee might use the interview to settle scores.

Other areas of concern arise over interviews that are “off the record” or “background”—working definitions in journalism but not necessarily in writing biography. Morris noted that in this area he does make a distinction between subjects used to being interviewed and those who aren’t. On permissions, Morris said editors (reflecting their publishers) are increasingly asking for signed statements from interviewees, stating that they understand why the interview is being conducted and that it could be used in the future in print.

The panelists discussed a possible untapped resource for interviews: other biographers who wrote on the same subject. They might “have a lot of stuff on the cutting room floor” that could be of benefit in a new work, Jones said.

As for technology, Jones said he brings along two recorders to each interview, in case one fails. He also offered a reminder that if one of those recorders is a cellphone, turn off the phone function. All the panelists agreed that in-person interviews were best, but if technology has to be used, Zoom is far better than the telephone or sending prepared questions via email.