Member News and Notes for August 2021 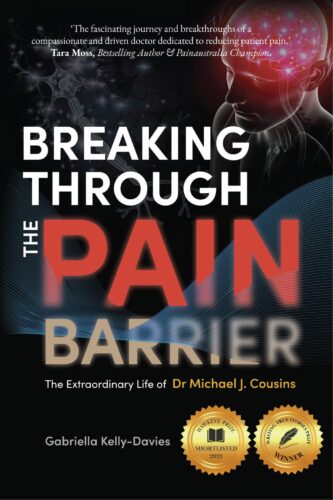 In July, we missed the publication of Breaking Through the Pain Barrier: The Extraordinary Life of Dr. Michael J. Cousins by Gabriella Marie Kelly-Davies. The book profiles a trailblazing pain medicine pioneer in Australia and was released just ahead of the country’s National Pain Week, an annual awareness event coordinated each year by Chronic Pain Australia. She did an interview about the book for the Australian Writers’ Conference. Gabriella recently wrote “The Changing World of the Biography” for Women’s Ink! magazine. Out this month is All the Frequent Troubles of Our Days: The True Story of the American Woman at the Heart of the German Resistance to Hitler by Rebecca Donner. The book received a starred review from Publishers Weekly and a Hebrew edition will be published in 2022 by Matar in Israel. Also out in August is The Ambassador: Joseph P. Kennedy at the Court of St. James’s 1938–1940 by Susan Ronald. Topping this month’s “Sold to Publishers” list is Tom Chaffin with Odyssey: Young Charles Darwin, the Beagle, and the Voyage That Changed the World. Eugene Meyer spoke about his Five for Freedom: The African American Soldiers in John Brown’s Army at John Brown Farm, North Elba, New York. Ann McCutchan was profiled in the Denton Record-Chronicle, in which she discussed her The Life She Wished to Live: A Biography of Marjorie Kinnan Rawlings, Author of The Yearling.  Ann also discussed the book on “Florida Frontiers,” the radio program of the Florida Historical Society. Patrick Parr wrote “William Eliot Griffis Resists Temptation in Feudal 1871 Japan” for Japan Today. Heidi Tyline King discussed her Saving American Beach: The Biography of African American Environmentalist MaVynee Betsch at the BookMark in Neptune Beach, Florida.

Marc Leepson did an interview for the Voice of America on Betsy Ross, translated into Urdu. Marc was on the other side of the mic when he interviewed Heath Lee about her The League of Wives: The Untold Story of the Women Who Took on the U.S. Government to Bring Their Husbands Home for The VVA Veteran’s “Dispatches” series on Facebook. For the online version of that magazine, Marc reviewed Lieutenant Dangerous by Jeff Danziger. Anya Jabour wrote “An ‘Adamless Eden for Female Offenders’?: Katharine Bement Davis and the Carceral State in Progressive-Era New York” for the Society for Historians of the Gilded Age and Progressive Era. Carl Rollyson did a three-part podcast with Carol Sklenicka and Tim Christian on the principles, practices, and mechanics of biography. You can hear the first episode here, the second here, and the third here. Look for another episode with Carol and Tim next month. Carl was featured on two episodes of the “Ear Read This” podcast, discussing Sylvia Plath. Listen here and here. Carl also spoke at the University of Mississippi’s 47th Annual Faulkner & Yoknapatawpha Conference, held virtually this year. Carl gave a “biography” of his recent two-volume biography of Faulkner, recounting some of the formative figures and scenes that led to the making of the work. David O. Stewart wrote “Nothing but the Truth!” for the Washington Independent Review of Books, a look at the “conflation of fact and fiction in works of nonfiction.” David discussed his George Washington: The Political Rise of America’s Founding Father on the C-SPAN podcast “Booknotes+.” Brian Jay Jones gave his thoughts on the Star Wars Holiday Special in an excerpt from Secrets of the Force: The Complete, Uncensored, Unauthorized Oral History of Star Wars on Literary Hub. Business Insider included Alexander Hamilton by Ron Chernow among the “21 Most Captivating Biographies of All Time.” See the entire list here. The New York Times listed Kai Bird’s The Outlier: The Unfinished Presidency of Jimmy Carter as one of its recommended books. 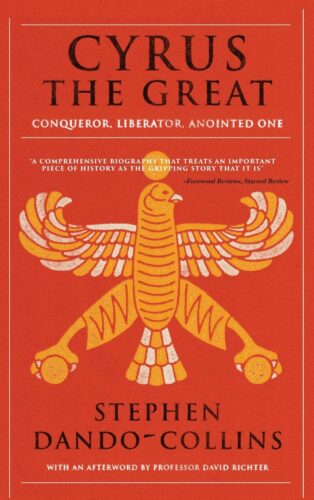 Congratulations to Stephen Dando-Collins, whose Cyrus The Great: Conqueror, Liberator, Anointed One was the Silver winner in the Biography category of the Foreword INDIES awards. Congrats also to Laurie Gwen Shapiro, who won the inaugural Damn History Article Award for “The Improbable Journey of Dorothy Parker’s Ashes,” which appeared in The New Yorker last year. The award was initiated by Jack El-Hai to honor exceptional article-length, popular-history pieces. Jack told us he’s going to fine-tune the award and its submission process for 2022, and he’ll announce the new guidelines next January or February in his Damn History newsletter and via social media.