Do I Know Enough? Navigating the Relationship Between Research and Writing 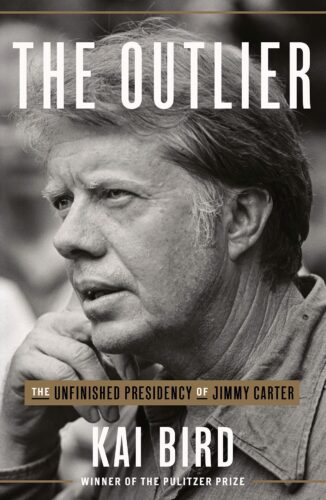 Kai Bird discussed the important find he made while researching his biography of Jimmy Carter.

Working on her first biography, moderator Lindsey Whalen said she has had her own struggles with figuring out the relationship between research and writing, noting “they’re hand in hand, but sometimes they can compete with one another, sometimes it’s hard to answer the question, ‘Do I know enough?’” Both Kai Bird, author of a recent biography of Jimmy Carter, and 2017 BIO Award-winner Candice Millard, working on a book on the search for the headwaters of the Nile, agreed on the need for extensive amounts of research before beginning to write, but once they reached that point, the two writers couldn’t be farther apart on how they work.

Bird said in his first biography, The Chairman: John J. McCloy & the American Establishment, “I didn’t start to write for five years,” but gradually began to make a long chapter outline. When that didn’t work, he plunged into the work “without outline, without chronology, just sort of winging it.” It’s a process he has followed ever since.

Millard, on the other hand, said she was terrified, not knowing if she could actually write a book, as she began work on The River of Doubt: Theodore Roosevelt’s Darkest Journey. For her, it’s the research—usually three years per book—which “really informs your understanding of how you’re going to tell [the story],” even though a lot of that research does not end up in the book. After the research, she focuses on organizing, including a year of outlining: “I need to really know how I’m going to tell the story before I start writing.” When she became bogged down in the details, she “went back to the outline” to get moving again.

Concerning research trips, Millard said she usually takes one big trip, although she made two for her current project. “I do read [research notes] pretty quickly when I get back.” She also annotates the notes—underlining or putting one, two, or three stars by material, meaning “don’t forget this.” As part of her research, Millard also takes pictures to remind her of what she saw, in terms of weather and terrain, which will add necessary detail to the narrative. As for the research material itself, she uses MS Word and arranges it in thematic files.

Millard said when writing Hero of the Empire: The Boer War, A Daring Escape, and the Making of Winston Churchill and her other books, she found herself looking for non-traditional sources. For the Churchill book, a self-published veteran’s book about the war provided details she needed for events where both Churchill and the soldier were present, ranging from what the weather was like to the smells from a mess tent. To write narrative nonfiction, she said, “you need a ton of detail, dialogue . . . [and] personal details in letters.”

For Bird, to move through archives where there is much material but he has little time, he uses Scanner Pro on his iPhone. The app allows him to send material to different folders. “At the time, I’m making snap decisions” on what’s important and how it’s organized. As an example, he mentioned the 20,000 Carter documents he gathered this way for the Outlier: The Unfinished Presidency of Jimmy Carter.

Persistence proved a virtue for Bird in working on the Carter book. He came back to the former president as a subject after starting to research a book on Ronald Reagan and did not find the kind of archival material he wanted. Bird had been interested in Carter since doing a magazine profile of him in 1990. Interviewing Carter proved a disappointment: “I didn’t get much out of him . . . in an interview, he wasn’t much of a story teller.”

What turned into a bonanza for the Carter book was the discovery of five boxes of letters the president had exchanged with his personal lawyer and advisor, Charlie Kirbo. The letters were not at the Carter Presidential Library in Atlanta. Carter said, “They should be someplace.” Eventually, they were discovered in the lawyer’s widow’s attic. Bird said Kirbo was “the one guy [Carter] trusted.” The contents of the boxes were a revelation on the whole of Carter’s life. No biographer before Bird had seen them.