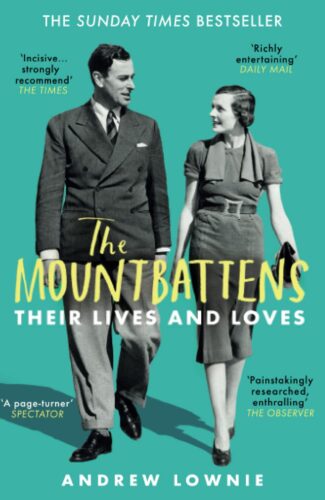 Andrew Lownie’s book was published in the United Kingdom in 2019.

Biographer Andrew Lownie’s long legal struggle to force the release of more of the personal papers of Lord and Lady Mountbatten—the subjects of his The Mountbattens: Their Lives and Loves—led to a partial victory in July. The University of Southampton released some of the Mountbattens’ previously withheld personal diaries and letters, which it had acquired in 2011. The university had said it would guarantee public access to the Mountbatten archive, but the university was prohibited by the British government from releasing all the contents.

Lownie, a BIO Advisory Council member, launched a crowdfunded campaign to pursue his legal case, after first spending £250,000 ($346,213) of his own money on the matter. His efforts drew extensive public attention to the withholding of the diaries, and 22 members of Parliament recently called on the university to release the documents.

Lownie told The Insider, “I am delighted these important historical sources, bought with public monies to be available to all, are finally being made available, but the campaign is not yet over. There are lots of missing diaries, many are redacted, there is nothing after 1960, and we await the private correspondence of the couple. And the letters between Nehru and Edwina.”